Vito Perillo, 93, narrowly unseated the current mayor of Tinton Falls in New Jersey, Gerald Turning, winning 53 percent of the vote in the nonpartisan municipal race.
Perillo, who served with the US Navy in the South Pacific from 1944-47, garnered 300 more votes than Turning, according to unofficial election results from the Monmouth County Clerk’s Office.
Perillo, who has been a resident of Tinton Falls for more than 50 years, ran on a platform calling for lower taxes and more transparency. He was partially driven to run after a whistleblower lawsuit against the police department ended in a settlement that cost taxpayers $1.1 million, he told the Asbury Park Press.
When Perillo takes office, his first goal will be to set a reasonable budget for the next year, he said. “I’m glad [the campaign] is over and I’m anxious to get to work,” he said.
UCJ, UNILORIN. 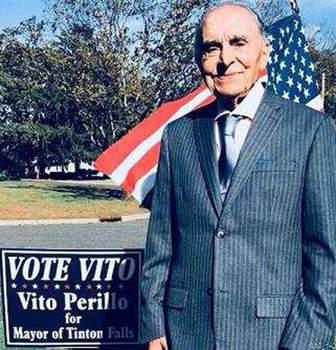