By Dayo Johnson, Dapo Akinrefon & Adeola Badru
Aare Onakakanfo, Gani Adams, has promised to use his office to bring about unity in Yorubaland and build bridges across Nigeria.
He also vowed to protect the territories in South-West against external aggression. 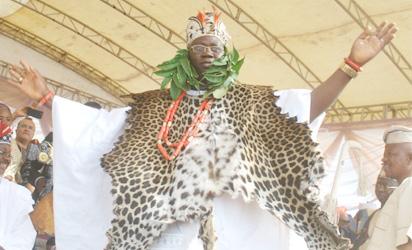