A Belgian comedy theatre group on tour in France has caused a major security alert after practising their lines on a train journey from Paris to Troyes.
The satirical play in question, Jihad, tells the story of three young people who are preparing to “go to Syria” to wage “jihad” against “unbelievers”.
Troyes station was evacuated and cordoned off and 30 heavily-armed police in bullet-proof vests waited for the four actors to get off the train.
Local police commissioner Benjamin Daubigny, who was among police at the station in Troyes, told French television station France 3 that despite the incident being a false alarm, he wanted to “salute the responsiveness of passengers” for reporting behaviour they thought could be suspicious. 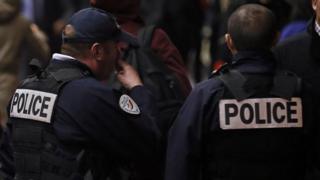