Skip to content
In a capacity building session organized by the Union of Campus Journalist (UCJ), University of Ilorin held at A6, Faculty of Arts, the fundamentals of campus journalism was discussed.
Capacity building sessions of this nature is one of the many benefits the gentlemen of the Press enjoy. This day marked the first such meetings and the invited guest was a man vast in the knowledge of journalism. According to him, he has travelled to other countries of the world “just to know how things are been done there”. Dr. Rasaq Mohammed Adisa is a lecturer in the Department of Mass Communication, Communication and Information Sciences, University of Ilorin.
In his words – “Campus journalism is not time wasting”; “Journalism is a worthwhile venture”. He advised that campus journalist should not limit themselves to only happenings in the campus; they should also cover off-campus news.
He went further to state that, campus journalism is faced with various challenges; from intimidation to threat of expulsion, etc. which have resulted to the low level of vibrancy in the venture.
He posed a question thereafter – “What are we doing wrong?” and gave a clear answer to the question. He opined that many campus journalists believe they are to serve as ‘anti-management’, and instructed that this shouldn’t be. Campus journalist should rather see themselves as helping the society, being the watchdog to alert the public.
He advised further that in the course of carrying out journalistic duties, campus journalists shouldn’t infringe on the rights of others, we shouldn’t personalize things, we should be mindful of the beliefs held in a particular society.
He also gave a warning that campus journalists should be mindful of leaked documents which may be leaked on bases of personal interest as he cited as example of the Atiku charade towards the 2019 general elections. He advised again that we should perform personal findings, avoid being overzealous and get multiple informants or sources.
Regressing to the topic, he spoke on the requirements, expectations and principles of Campus Journalist. Taking these one after the other, he highlighted the requirements for effective campus journalism as follows:
Use simple language
Avoid rumors
Avoid personal comments
Use multiple sources, including
Management sources
Protect your source’s identity
Be fair and balanced
Work with the law
Respect others privacy

On expectations, he encouraged campus journalists to embark on evidence-based journalism in so doing distinguishing fact from opinion. He explained the difference between fact and opinion and their types.
In his words, a fact may be a proving fact (one we all know), probable fact (one that may probably be true or not) and probable lie (one that appears to be lies but are facts). He advised that before publication every information must be verified whether it’s a fact or an opinion and also what type of fact it is.
He defined opinion as “conclusion reached by somebody based on beliefs”, he advised that opinions should not be believed until after thorough research. He also highlighted the three types of opinion; verifiable opinion, experts’ opinion and personal opinion.
On principles of campus journalism, he spoke of fairness, accuracy, objectivity, completeness of a story. He cautioned against the crime of libel as everyone is subject to the law, even journalist. He encouraged campus journalists to focus on the interest of the public, not what’s interesting to the public.
In his parting words, he urged campus journalists to “sustain the tempo, it is worthwhile”. After the lecture, the guest lecturer entertained questions and further clarify other issues such as online journalism, way-forward in campus journalism, journalism as a business venture, among others. 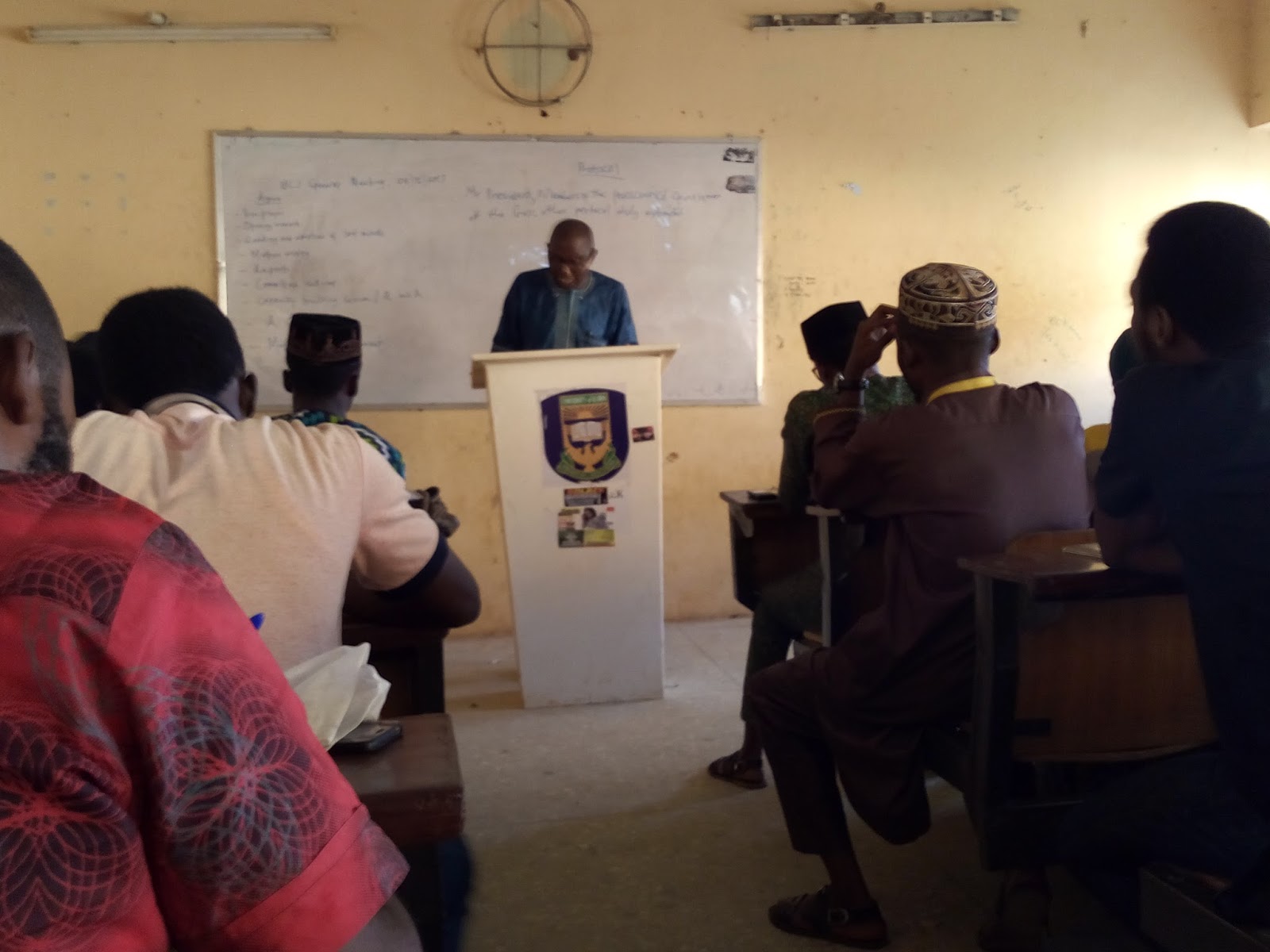