Nigerian actor Samuel Ajibola has described former President Olusegun Obasanjo as a funny and fantastic actor.
This comes a few weeks after the former president featured in one of the episodes of ‘Dele Issues’, a comedy series by the actor.
Ajibola, who was a guest on Channels Television’s Entertainment News, said getting in the series was what former President Obasanjo wanted.
“He (Obasanjo) was quite interesting to work with, I like to say that. The whole thing didn’t take long, it’s a minute,” he said. “He just read the script, he liked it and it was something he wanted to do. He is a fantastic actor and he is a funny man too.” 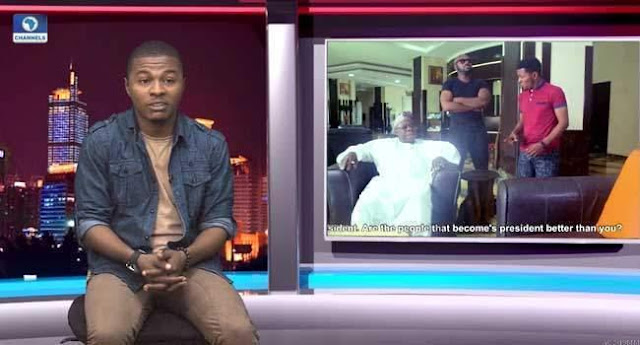