The ALMA Observatory in Chile has detected dust around the closest star to the Solar System, Proxima Centauri.
These new observations reveal the glow coming from cold dust in a region between one to four times as far from Proxima Centauri as the Earth is from the Sun.
The data also hint at the presence of an even cooler outer dust belt and may indicate the presence of an elaborate planetary system.
The lead author of the new study, Guillem Anglada, from the Instituto de Astrofísica de Andalucía (CSIC), Granada, Spain, explains the significance of this find: “The dust around Proxima is important because, following the discovery of the terrestrial planet Proxima b, it’s the first indication of the presence of an elaborate planetary system, and not just a single planet, around the star closest to our Sun.”
Dust belts are the remains of material that did not form into larger bodies such as planets.
The particles of rock and ice in these belts vary in size from the tiniest dust grain, smaller than a millimetre across, up to asteroid-like bodies many kilometres in diameter. 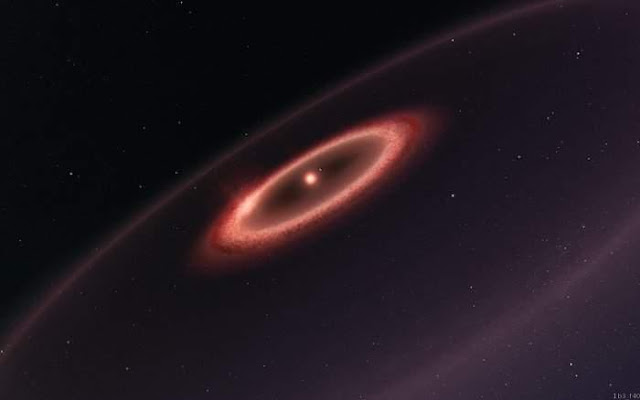