Last week, several photos of Anok Yai, a New Hampshire college student went viral on social media. She is a 19-year-old South Sudanese student who grew up in Manchester, New Hampshire area.
Anok was enjoying Howard University’s homecoming over the weekend when a photographer noticed her and snapped some pics.
Before she knew it, strangers were begging the modelling gods to give her a contract. Three modelling agencies promptly reached out to her.
She told reporters that she has always been interested in fashion and art, but never believed that she could actually be a model.
Anok signed with Next Models on Tuesday and said she plans to pursue modelling part-time while she continues college. 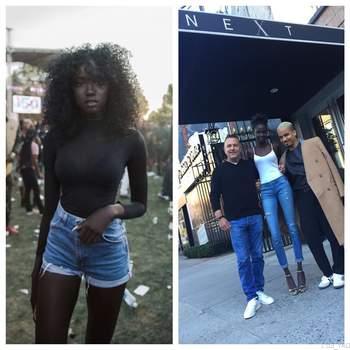