Apple’s VP of inclusion and diversity, Denise Young Smith, made an appearance this week at the One Young World Summit in Colombia and caught fire for some of the statements she made.
According to TechCrunch, however, the Apple executive has apologized saying, “I regret the choice of words I used to make this point. I understand why some people took offence. My comments were not representative of how I think about diversity or how Apple sees it. For that, I’m sorry.”
At the event this week, Smith was explaining how Apple focuses on diversity and commented that there could be 12 white blue-eyed blonde men in a room who are still diverse:
“Diversity is the human experience,” the Apple executive said. “I get a little bit frustrated when diversity or the term diversity is tagged to the people of colour, or the women, or the LGBT.
There can be 12 white blue-eyed blonde men in a room and they are going to be diverse too because they’re going to bring a different life experience and life perspective to the conversation,” Smith remarked.
Denise Young Smith was originally Apple’s head of Worldwide Human Resources, but she moved to the newly created inclusion and diversity role earlier this year, with Apple explaining that the efforts in this area are “critically important to Apple’s future.” 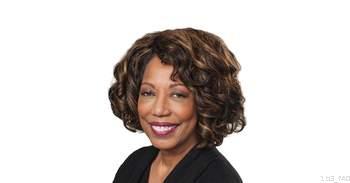