Archaeologists have discovered the ruins of a 3,000-year old castle submerged in a lake in Turkey.
Researchers have been searching Lake Van, the second largest lake in Turkey with an area of 3,555 kilometres squared, for a decade and have finally found what they are looking for. The castle is still relatively intact and has standing walls as high as three or four metres.
It is believed to be an Iron Age relic of the Urartu civilisation, also called the Kingdom of Van, which lived in the area from the 9th to 6th century BC. The discovery was made by archaeologists from the Van Yüzüncü Yıl University and a team of divers.
Tahsin Ceylan, head of the diving team on the project, had been searching for the Lake Van Monster – a legendary beast supposedly similar to the Loch Ness Monster – when he found the castle.
The water levels of the lake have fluctuated wildly over the past few thousand years, and before it was full as it is today, researchers say there was likely a thriving civilisation there. 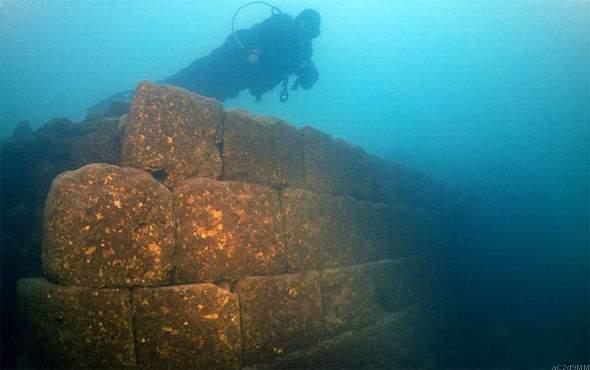