The midfielder is set on leaving Camp Nou when the window reopens, with clubs in England, Spain and Italy all interested in his services.
Arda Turan’s agent has confirmed he is set to leave Barcelona this winter, with a move to the Premier League a possibility.
The midfielder has not made a single appearance in La Liga this season and reports have claimed he will be part of a mini-clearout at Barca, with Ernesto Valverde told his bloated squad must be trimmed before reinforcements are signed.
And Arda’s agent has now solidified those claims by revealing that his client will be leaving Camp Nou in January. 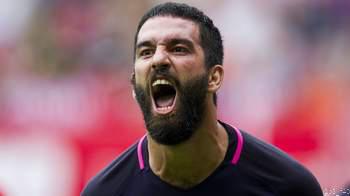