An Argentine navy submarine that’s been missing for nearly a week may soon run out of oxygen if it hasn’t surfaced, the country’s navy says — a scenario giving urgency to a multinational search for the vessel and its 44-member crew.
The navy lost contact with the ARA San Juan submarine on November 15, shortly after the vessel’s captain reported a failure in the battery system while the sub was submerged off Argentina’s South Atlantic coast, the military has said.
Ships and aircraft from at least seven nations have been scouring parts of the South Atlantic for the sub. On Tuesday, three vessels will move to an expanded search area, Argentine navy spokesman Enrique Balbi said.
“The search area is two times the size of Buenos Aires,” Balbi said.
A day earlier, the spokesman said the search had entered a critical phase because the ARA San Juan crew’s oxygen could run out by Wednesday in one of the worst-case scenarios. 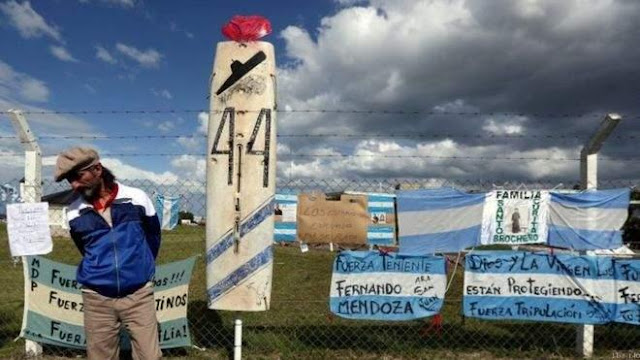