The Argentine police have arrested a second high-level official in the administration of former President Cristina Fernandez on suspicion of corruption.
Amado Boudou was her economy minister and vice-president and faces three charges of “illicit enrichment” dating back to 2009.
Last month Mrs Fernandez’s former planning minister was arrested. Amado Boudou has denied any wrong-doing.
The three charges against him refer to 2009, the year when he was promoted from heading Argentina’s social security administration to become Mrs Fernandez’s economy minister.
He became vice-president in 2011, when she was re-elected. Mr’s Fernandez’s former Planning Minister Julio de Vido was arrested on 25 October, three days before mid-term elections.
Mrs Fernandez herself is also facing corruption charges but has immunity from prosecution since being elected as a senator in the October polls. 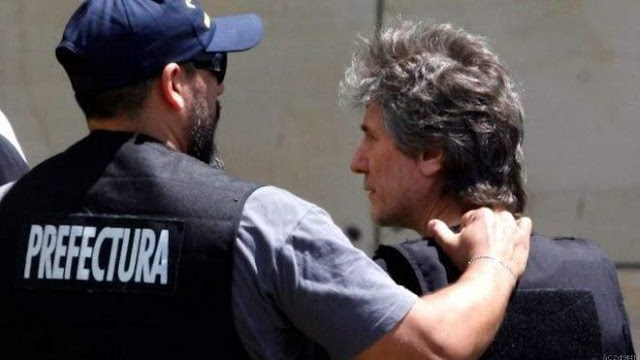