Astronomers have confirmed the discovery of one the oldest and most distant objects ever known in the universe — a star-forming galaxy 12.8 billion light-years away that started forming within a billion years of the Big Bang that kickstarted everything.
The galaxy, known as G09 83808, was first spotted by the Herschel space telescope, but it only showed up as a blur.
The astronomers who made the find wanted more information, so they relayed the data to a team that used the Large Millimeter Telescope in the Galapagos.
Astronomers confirmed that G09 83808 is the oldest object ever found by that telescope. Only one other object — a similar galaxy that’s slightly older and more distant — has ever been found by other telescopes.
G09 83808 provides almost unique insights into the early days of our universe after the cosmos was formed 13.7 billion years ago.
UCJ, UNILORIN. 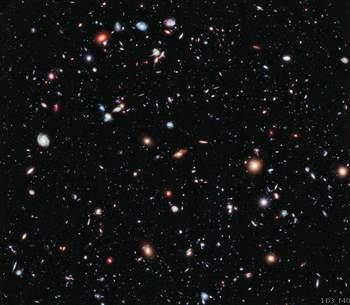