Pierre Emerick-Aubameyang became the highest-scoring African in German Bundesliga history after he netted his 97th goal – beating former record-holder Tony Yeboah – in Borussia Dortmund’s shock loss to Werder Bremen on Saturday afternoon.
The Gabon international was unable to prevent his side from another embarrassing result as Florian Kohfeldt’s side recorded a 2-1 victory at the Signal Iduna Park on Saturday.
Prior to the encounter, Peter Bosz’s side had failed to pick maximum points from their past seven encounters – with four losses and three draws – and any hope that was going to change was dealt a huge blow as their visitors got a deserved 26th-minute lead.
After 56 minutes of play, Aubameyang got the Black and Yellows’ leveller – his fifth strike in his last four games – scrambling home a Shinji Kagawa header.
Bu in the 56th minute, Theodor Gebre Selassie powered a header off a Max Kruse corner kick to ensure Bremen claimed a first win at Dortmund since April 2007.
UCJ, UNILORIN. 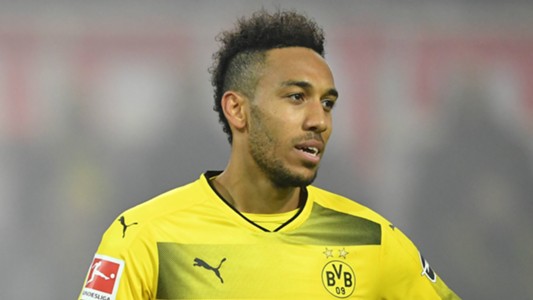