Pierre-Emerick Aubameyang’s struggles with punctuality are the only thing that frustrate Borussia Dortmund about their star striker, sporting director Michael Zorc says.
The Gabon striker’s relationship with his club has seemed strained this season, with Aubamenyang dropped by former coach Peter Bosz in November for a Bundesliga game against Stuttgart.
Reports suggested that Aubameyang’s partying during the international break before the fixture and his decision to film an unauthorised video on club premises with a freestyle footballer led to the sanction, which only lasted for one match.
The striker, who has already racked up 21 goals for Dortmund this season, has been regularly linked with a move over recent seasons, but Zorc says the club are planning to go on with their star man in place.
Zorc told Sky Deutschland: “Auba is a special player. We have just one problem, it’s his punctuality. I have to say that very clearly.
“Otherwise he is an absolute top professional. I do not think we will eradicate it completely, but we can handle it well.
“We are clearly planning with Auba, he has a very long-term contract in Dortmund. At some point he will leave Dortmund, but for us he is an extremely important player, and we continue to plan with him.” 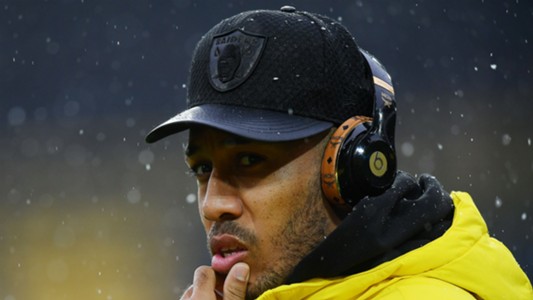