Austria’s conservative People’s Party, led by 31-year-old Sebastian Kurz, is set to win the country’s general election, projections suggest. Mr Kurz is on course to become the world’s youngest national leader.
The People’s Party was set to win more than 31%. It is so far unclear whether the Social Democrats or the far-right Freedom Party will finish second.
Short of a majority, Mr Kurz’s party could seek an alliance with the anti-immigration Freedom Party. Addressing his supporters, Mr Kurz said: “It is time for change in this country. Today is a strong order for us, to change this country, and I say thank you to you all who made this possible.
“I’m overwhelmed, I am happy, and I look forward to working for Austria.” Nicknamed “Wunderwuzzi” (roughly translated – someone who can walk on water), he has been compared to the young leaders of France and Canada, Emmanuel Macron and Justin Trudeau.
*Final Results* (in percent)
Austrian People’s Party (List Sebastian Kurz – The new People’s Party, ÖVP) : 31.4%
Freedom Party of Austria (FPÖ) : 27.4%
Social Democratic Party of Austria (SPÖ) : 26.7%
NEOS (NEOS) : 5.0%
Peter Pilz’s List (PILZ) 4.1%
The Greens (GRÜNE) 3.3%
UCJ, UNILORIN. 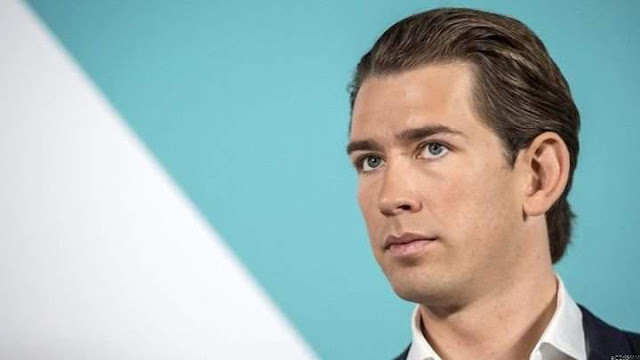