Iraqi Kurdish leader Masoud Barzani will step down as president of Iraq’s semi-autonomous Kurdish region as the political backlash to September’s Kurdish independence referendum continues.
Barzani’s office released a statement Sunday announcing the Kurdish leader will not extend his current term, which ends Wednesday.
He will also suspend the post of the presidency, dispersing executive powers over other branches of the Kurdish Regional Government (KRG).
“I refuse to continue as president of Kurdistan region after November 1,” Barzani’s letter said. “I will remain as Peshmerga among my brave and patriotic people of Kurdistan, I will continue working toward our nation rights and protect our achievements.” The letter was read in front of the Kurdish Parliament in Irbil and posted on the official Kurdistan region presidency website. 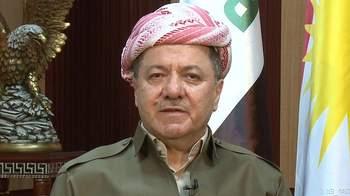