Paris Saint-Germain missed the chance to finish the Champions League group stage with a 100 per cent record as they suffered a 3-1 defeat at Bayern Munich.
Bayern’s 3-0 defeat at the Parc des Princes in the reverse fixture in September marked the end of the Carlo Ancelotti era at the Allianz Arena and Die Roten fans may now see that painful evening as a blessing as PSG’s star-studded forward line was delivered a lesson in ruthlessness by Jupp Heynckes’ men.
Kylian Mbappe and Neymar spurned chances for PSG while Edinson Cavani, save for a neat touch to set up Mbappe for the goal that cut Bayern’s lead to 2-1, struggled to make a lasting impression.
By marked contrast, Bayern needed little invitation to take full advantage of their attacking openings, Robert Lewandowski’s opener and a brace from former Lyon midfielder Corentin Tolisso doing the damage.
For all PSG’s lavish spending, there was some irony in the fact Kingsley Coman, who they allowed to join Juventus in 2014, supplied the assist for the opener and the goal that put the game to bed. 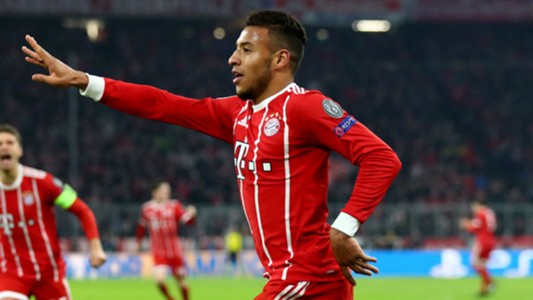