Bee Media Solution has held the second edition of her youth mobilisation event, themed, “The Impact Makers 2.0.”
Abideen Olasupo, CEO OPAB Industry, delivered an intense lecture on the new occupational scope in the electronic and physical world.
The google ambassador stated skills young men and women should arm themselves with as they walk into the professional space. According to him, most tertiary institutions will not teach those skills.
CEO of PickPedia, Mr Abiodun Alex Sowemimo was also present to give bits on how to be a domain broker, make money from virtual freelancing, and tap into the world of unlimited funding from Google.
He responded to questions as he wrap up his presentation, stating that, he believes in a Nigeria where the son of a carpenter can become anything.
Hon. AbdulRasheed Taiwo who represented the Speaker, Kwara state House of Assembly exchanged admonition with the crowd. Also in attendance was a former Students Union President of the University of Ilorin, Ahmed Lawal — Ambassador.
The Director Bee Media Solution, Mr Olaniran Abiola, in a conversation with the press, stated his desire to see that “The Impact Maker” campaign travels around tertiary institutions in Nigeria.
He enthused that, “nation building starts with youth empowerment,” as he appreciates all partners who gave their support to the .
The event was graced by eminent personalities in the electronic and physical business worlds.
Akinyemi ‘Princely X’ Adedeji,
For UCJ UNILORIN. 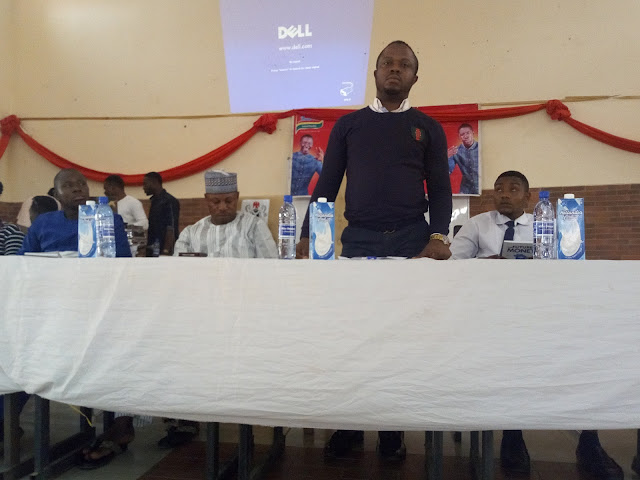