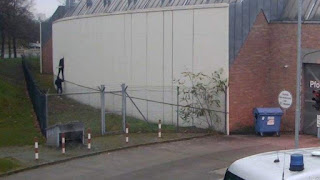 Berlin authorities are the target of ridicule and disbelief after nine prisoners escaped or absconded from one prison in the space of five days. Six remain on the run from Plötzensee jail after four separate incidents. Last Thursday, four inmates used an angle grinder and hammer from the prison workshop to break through a ventilation shaft. They then crept under the perimeter fence.

Despite CCTV capturing the escape, it was 41 minutes before it was noticed. Two of the four prisoners – who were serving sentences for theft, aggravated assault and extortion – are reported to be still at large.

Berlin’s Senator of Justice Dirk Behrendt has so far faced down calls for him to resign, saying he has assembled a commission of experts to eliminate vulnerabilities in the prison system.