Bitcoin continued its rollercoaster ride on Friday, briefly crossing the $17,000 (£12,615) mark before plunging more than $2,500.
The digital currency breached new highs before falling below $14,500, down 14% on the day according to Coindesk.com. Bitcoin had soared about 70% this week, with its dramatic rise being likened to a “charging train with no brakes”.
As concerns mount, an industry group has warned plans to start Bitcoin futures trading have been “rushed”. Critics have said Bitcoin is going through a bubble similar to the dotcom boom, but others argue it is rising in price because it is crossing into the financial mainstream. “Bitcoin now seems like a charging train with no brakes,” said Shane Chanel, from Sydney-based ASR Wealth Advisers.
While billions of dollars have been invested in Bitcoin, its $268bn total market value is still small compared to other asset classes. 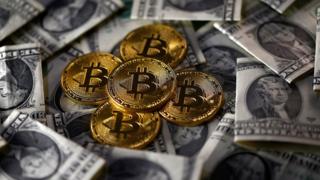