It was exactly 2:05pm on 7th December, when a group of students in vehicular procession, drove recklessly into the premises of the Faculty of Law, University of Ilorin, and accidentally bashed a car belonging to one Mr Akeem—a business operator in the faculty.
UCJ Unilorin gathered that the aim of the vehicular procession was to create awareness for a certain social event tagged, Naija Face-cap Party, scheduled to hold on December 9th at the Bekhadims hotel, in the Okeodo-Tanke area of Ilorin metropolis.
It was also gathered that the commotion started when a young lecturer in the faculty whose identity was unknown to the accused persons, approached the offenders over the offence they had committed. Rather than sounding apologetic, they spoke in such prideful manner that got the lecturer infuriated.
In a bid to sanction the culprits, the lecturer motioned to confiscate the car keys of the car driven by a certain Yinka, and was deterred by one Mr Praise in a manner that seemed disrespectful. This provoked the anger of law students at the scene of the event, and consequently, they all pounced on this guy called Praise in a free-for-all affair.
The action of the accused students also provoked the wrath of some lecturers who were equally present in the area before the accident occurred. As a result, a Senior Lecturer in the Faculty of Law, Dr. Mubarak Adekilekun, allegedly grabbed the shirt of the student, slapped him three times, and made him to kneel as a temporal measure pending the time his fate would be decided.
The gravity of the event caused a bedlam which attracted some dignitaries to the scene of the event. They included: the Dean of the Law Faculty, Dr. K.I. Adam, lecturers, current SU Social Secretary (TeeJay), representative of Student Affairs Unit (Mr Ahmed Lawal), Attorney General of the Student Union, Chief Justice of the Student Union Judicial Council, security personnel, among others.
In fact, an alumnae of the Faculty, Antonia, who was there, turned out to be the most infuriated by the alleged display of impunity on the part of the accused person. She was involved in an altercations that lasted over 30 minutes.

In a bid to ascertain the bone of contention, UCJ Unilorin gathered on the one hand, that the action of the law students was triggered by the assault allegedly inflicted on their lecturer, Mr. Diabu, by the accused person. On the other hand, the accused person claims he neither pushed nor assaulted the lecturer, as revealed at the scene of the event to those present.
On his part, Mr Diabu has this to say: “It’s not about saying he’ll fix the car or not. What if it were a person that was the victim, can his money buy life? In fact, the first vehicle that drove into the faculty car park, hit the railings because of over speeding. The next car drove in the same way and bashed a car.
“It was the way they spoke as though they have not done anything wrong that got me angry. When I made an attempt to remove the car keys, one of them held me down saying I should calm down, that the matter would be resolved…He didn’t push me like that but was blocking my move to get the car keys.”
One of the students who led the charge against the accused person (name withheld) says, “I saw everything that happened myself. He pushed our lecturer and acted as if no one could do anything to him. He even spoke without remorse and that was what really made us to protest by demanding justice.”
His account was corroborated by other eyewitnesses who claimed to have been present at the scene of the ugly event.
It was rumored that the current Student Union Social Secretary was among the procession alongside his predecessor, MC Peperempe.
However, when UCJ Unilorin contacted Teejay, this is what he had to say: “I was at Item 7 when I received a call that something was happening at Faculty of Law. When I got there, I saw Pepe pleading with some lecturers and the whole scene was rowdy. In fact, I was advised by the A.G not to get close to the disputants so as to avoid any problems.
“However, I stuck around till the matter was resolved. I don’t know whether the law lecturer was pushed or not, all I know is that the situation was serious. I was not among the procession…”
On his part, the former Social Secretary of Unilorin Student Union, MC Peperempe, says he isn’t sure if his friend, Praise, pushed the law lecturer. In his words, “I’m not sure he pushed the lecturer. Anybody would mistake the man’s identity because he was not putting on his I.D card. You know there are so many matured students in Faculty of Law, so he mistook the man for a law student. I expected law students to calm down since I was there to make sure the situation was resolved.
“At least they (law students) know me,  they should have calm down because it can happen to anybody. Law students also embark on rally for their programs especially dinner. What right do they have to slap him? They all beat him up and he didn’t touch anybody. What happened was just a mistake and the matter has been settled. The man’s car has been repaired,” he concluded.
On the rumour whether his successor was among them, he says, “Noooooo, leave TeeJay out of it. He has nothing to do with what happened. He was not even there when the accident took place.”
As at the time of writing this report, both the driver of the vehicle (Yinka) and his cohort, Praise, are yet to be contacted due to some hitches besetting the reporter.
UCJ Unilorin gathered from a reliable source that the matter has been resolved amicably as claimed by MC Peperempe. The ugly incident has formed a new talking point in some circles on the need to regulate car procession for public rallies especially by students. 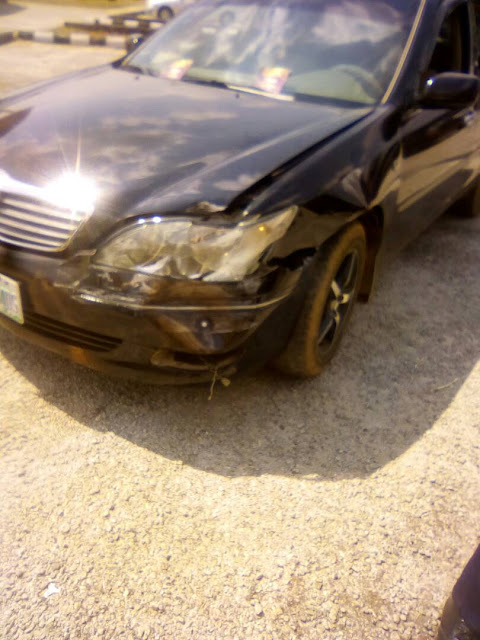 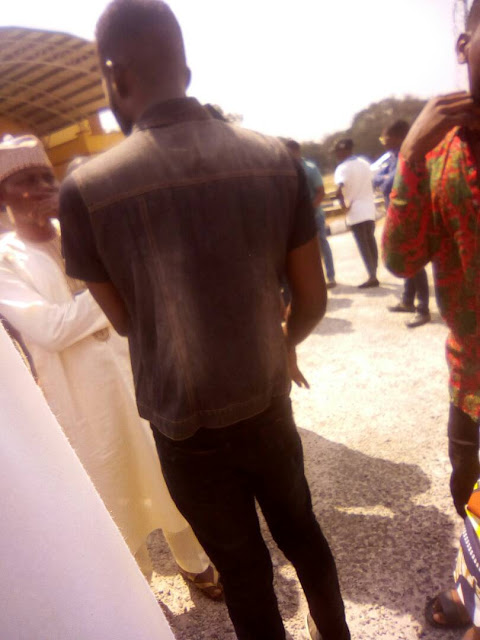 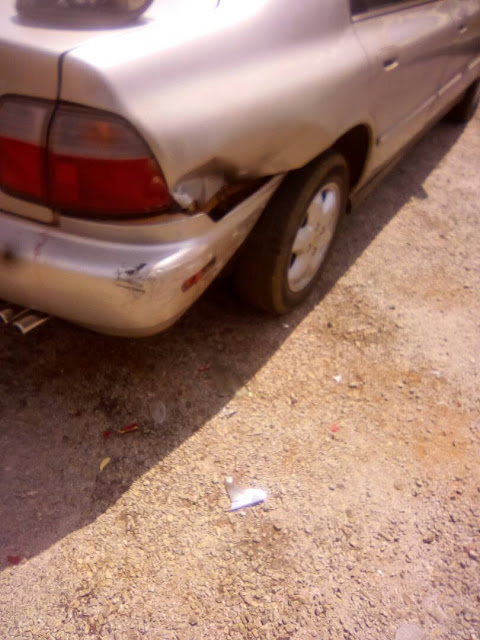 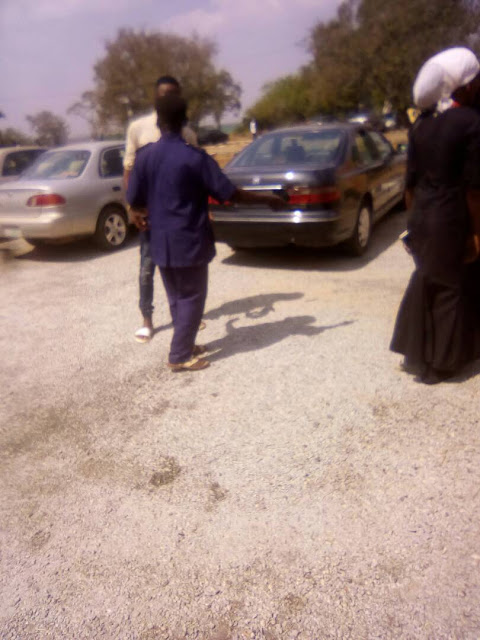 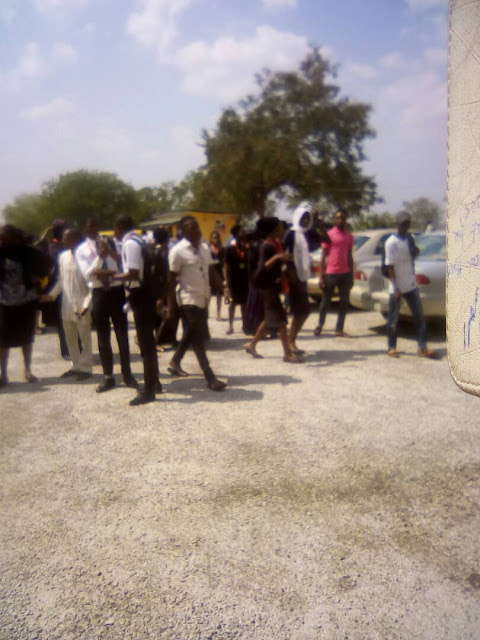