Oswald was protected. But Ruby, the Dallas nightclub owner, was still able to fatally shoot Oswald.
“Ruby says no one was associated with him and denies having made the telephone call to our Dallas office last night,” Hoover said. “There is nothing further on the Oswald case except that he is dead.”
A ‘high-priced Hollywood call girl’ told the FBI that a private detective was looking into ‘sex parties’ involving Kennedy.
A 1960 memo described information given by a “high-priced Hollywood call girl” named Sue Young about an investigation a private detective was undertaking, which involved questions “relating to her participation in sex parties involving Senator John F. Kennedy, his brother-in-law, movie actor Peter Lawford, Frank Sinatra and Sammy Davis, Jr.”
According to the memo, Young said she told the detective, Fred Otash, she had no knowledge of sex parties including those men, and was unaware of any indiscretions they were involved in.
The memo said that agents in Los Angeles spoke to Otash, who inadvertently indicated that “some operator” was attempting to spy on Kennedy’s hotel room, and that a magazine was “looking for dirt on Kennedy or Lawford” to publish ahead of an election.
Young also told the FBI that Otash had suggested she be equipped with a recording device and introduced to Kennedy, in case he made any “indiscreet statements.” Young said she refused Otash’s offer, the memo said.
The CIA wanted to use the mafia to take out Castro. A 1975 report from the Rockefeller Commission marked “top secret” detailed the Kennedy administration’s plans to hire the mafia to assassinate Castro.
The CIA had even hired an intermediary to “approach Sam Giancana with a proposition of paying $150,000 to hire some gunman to go into Cuba and kill Castro,” according to the report. Giancana was a prominent Italian-American mobster in Chicago, and the report described Attorney General Robert Kennedy’s concerns that the plan would interfere with his prosecution.
“Attorney General Kennedy stated that the CIA should never undertake the use of mafia people again without first checking with the Department of Justice because it would be difficult to prosecute such people in the future,” the report said.
After Oswald was killed by a Texas nightclub owner, the FBI began looking for a stripper named “Kitty.”
One FBI document describes the bureau’s efforts to track down a New Orleans stripper named Kitty, whose last name was unknown.
Kitty was believed by the FBI to “have been associated with” Jack Ruby, the Dallas nightclub owner who fatally shot Oswald while he was in police custody on November 24, 1963.
The FBI was told of Ruby’s association with Kitty by another stripper named Candy Cane.
The FBI’s efforts to find Kitty appeared to be unsuccessful — a business agent from the American Guild of Variety Artists, Leon Cornman, told the bureau that the only New Orleans stripper named Kitty that he knew of as Kitty Raville, who killed herself in August or September of 1963.
A local newspaper in England got a bizarre tip-off just minutes before the assassination.
A British reporter for the Cambridge News received a phone call just 25 minutes before Kennedy was shot, and was instructed to “call the American Embassy in London for some big news” before the anonymous tipster hung up, according to an FBI document.
After the reporter learned of the assassination, he informed local police about the call, who passed the information along to MI5, Britain’s domestic security agency.
MI5 then informed the FBI of the call, and described the Cambridge News reporter as “a sound and loyal person with no security record.”
The FBI appeared to take the information seriously — it was sent through to the highest levels of the agency, including then-Director J. Edgar Hoover.
The current staff of the Cambridge News appeared shocked on Friday after the document was released. The paper’s political correspondent Josh Thomas tweeted that staff will “get to the bottom of this.”
Scenes in the
Oswald met with a Soviet official affiliated with the KGB’s ‘Assassination Department’ just weeks before shooting Kennedy.
Just weeks before Kennedy’s assassination, Lee Harvey Oswald met with a known KGB officer at the Soviet Embassy in Mexico City, according to a CIA document.
The CIA learned of the meeting — which occurred on September 28, 1963 — through an October 1 phone call it intercepted between Oswald and an embassy guard.
The call revealed that Oswald had met with the consul, Valeriy Vladimirovich Kostikov, whom the CIA referred to as “an identified KGB officer” who was affiliated with the KGB’s 13th Department, “responsible for sabotage and assassination.”
During the call, Oswald spoke in broken Russian, identified himself by name, and asked the guard who answered the phone if there was “anything new concerning the telegram to Washington.”
According to the document describing the call, the guard checked and told Oswald that a request had been sent, but nothing had yet been received.
One FBI liaison officer speculated that Oswald’s meeting with Kostikov at the embassy had been to “get Soviet support for a US passport or visa matter,” the document said.
The document does not speculate or conclude that Oswald acted against Kennedy on Russian instructions or with KGB assistance.
US officials wanted to offer just $0.02 for the killing of Fidel Castro.
One document details a plot orchestrated by Kennedy Administration officials — called Operation Bounty — which sought to offer various financial rewards to Cubans for “killing or delivering alive known Communists.”
The main objectives for Operation Bounty were to overthrow the Cuban government and “to put pressure on Cuban Communists by creating distrust and disunity,” according to the document.
The US planned to drop a series of leaflets throughout Cuba informing citizens of the rewards and explaining the terms. The proposed payments ranged from $100,000 for government officials and $57,700 for “department heads.” Castro, however, appeared to merit a different reward.
“One final leaflet may be deemed advisable and that one announcing a .02¢ reward for the delivery of Castro,” the document said.
Source: business insider India 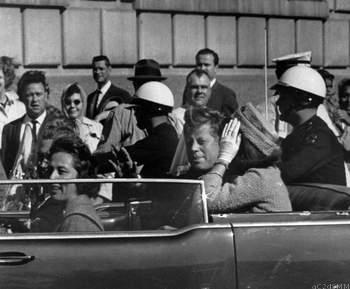 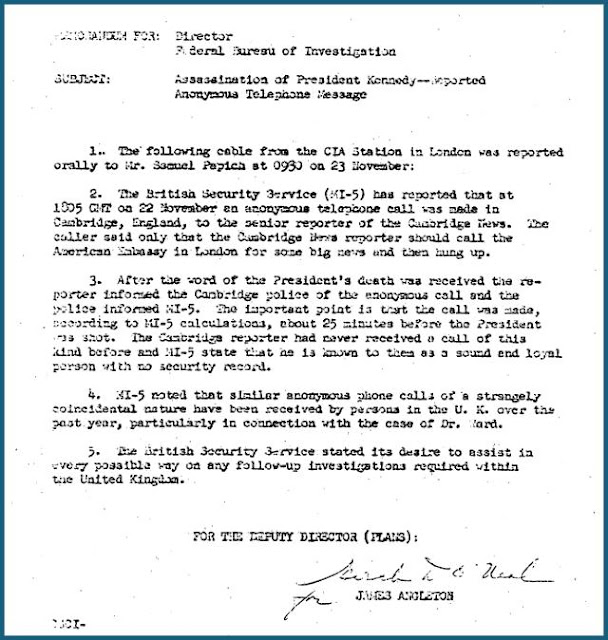