The choice of Zimbabwe President Robert Mugabe as a World Health Organization (WHO) goodwill ambassador has been criticised by several organisations including the British government.
It described his selection as “surprising and disappointing” given his country’s rights record, and warned it could overshadow the WHO’s work.
The opposition in Zimbabwe and campaign groups also criticised the move. But the WHO head praised Zimbabwe for its commitment to public health.
Dr Tedros Adhanom Ghebreyesus said it was a country that “places universal health coverage and health promotion at the centre of its policies to provide health care to all”.
Mr Mugabe’s appointment as a “goodwill ambassador” to help tackle non-communicable diseases has attracted a chorus of criticism.
The British government said it was all the more surprising given US and EU sanctions against him. Critics say Zimbabwe’s health care system has collapsed, with staff often going without pay while medicines are in short supply. 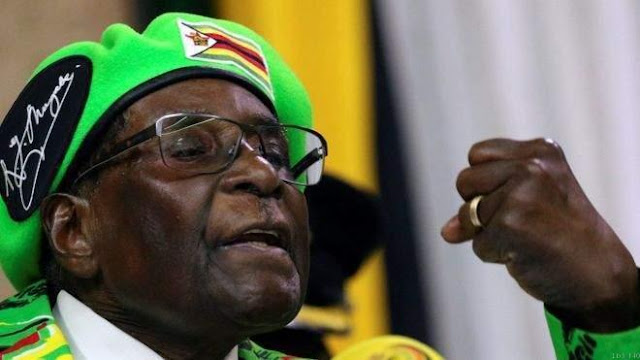