Theresa May last night made her most outspoken attack on Russia for using fake news to “sow discord” in Britain and other western nations.
The prime minister accused President Putin of trying to “weaponise information” in the age of social media to undermine democracies. “I have a very simple message for Russia,” Mrs May said. “We know what you are doing.”
In a lengthy charge-sheet of actions that she said risked provoking “dangerous and unpredictable” conflicts, Mrs May accused Russia directly of meddling in elections.
The comments risk raising tensions with President Trump, who drew criticism last week for saying that he believed Mr Putin’s denial that Russia had interfered in the US presidential race. 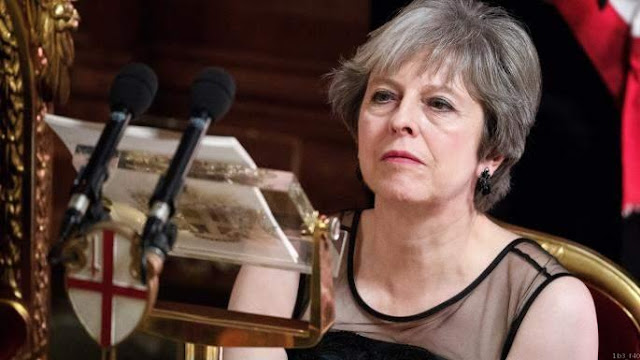