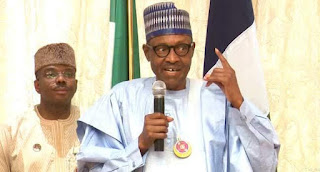 President Muhammadu Buhari has failed to confer national honours on any individual since his inception of office in 2015 contrary to the usual practice of holding the investiture every year.

The national award, which is instituted annually, has as its objective to recognise and honour citizens and friends of Nigeria who have distinguished themselves in their various endeavours and contributed immensely to the development of the nation. It is also intended to serve as motivation for all Nigerians to emulate the exemplary conduct and services of those being honoured and inspire them for such national recognition.

The last time the conferment of the awards took place was on September 29, 2014 when former President Goodluck Jonathan conferred different categories of national honours on 313 persons. The investiture brought to 4,737 the total of the national honours so far conferred on individuals since its inception in 1963.