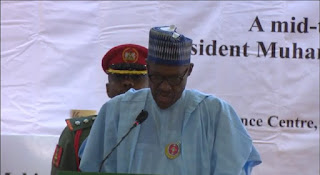 The Federal Government paid €3m for the release of some Chibok schoolgirls who were in Boko Haram custody, according to Wall Street Journal.

Of the 276, 163 are now free: 57 fled in the early days after their abduction, three escaped later, and a Swiss-coached mediation secured 103.

In a detailed report on the incident, WSJ said while €1m was paid for the 21 first freed, additional €2m accompanied the five Boko Haram commanders that were exchanged with the next batch: the 82 girls.

After months of talks involving Salkida and Mustapha, a breakthrough was finally reached when in late 2016, both parties agreed on a plan concerning the girls’ freedom.

“If both sides were satisfied with the outcome, the rest of the girls who wanted to come home would be swapped in a second exchange in return for €2 and five imprisoned Boko Haram commanders.”