Skip to content
President Muhammadu Buhari on his arrival from Jordan after attending the counter Terrorism, has arrived Kano State on a two-day official visit to the state.
Buhari was received at Malam Aminu Kano International Airport by Governor Abdullahi Ganduje, members of the State Executive Council, Emir of Kano, Muhammadu Sanusi II, traditional rulers as well as politicians, among others.
The president is expected to inaugurate a number of projects executed by the Ganduje administration during the visit.
Among the projects are the ultra-modern Specialist Hospital, Giginyu, named after him; a Paediatric Hospital located on Zoo Road, Kano; and the underpass bridge at Madobi/Panshekara Junction.
On the second day, the President will inspect a rice mill, Fullmark Rice Mill Company at Kwanar Gunduwawa, and Gezawa Oil Mill, the largest oil mill in Africa at Tokarawa Industrial Estate both on Hadeja Road.
As part of his visit, he visited the Kurmawa Central Prison in Kano where he freed 500 prisoners.
Buhari said while granting the amnesty to the prisoners that it was part of his general prison decongestion exercise in the country; and to allow those inmates with minor cases who have stayed long in prison to go home.
Scores of journalists covering the president’s visit were prevented from having access to the prison by the president’s security detail.
Before the visit to the prison, the president visited the Kano emir at his palace.
“I am overwhelmed by the sea of people I see,” Mr. Buhari said of the mammoth crowd that came to welcome him. “And by what I see today, if elections are contested I will no doubt win it.”
UCJ, UNILORIN. 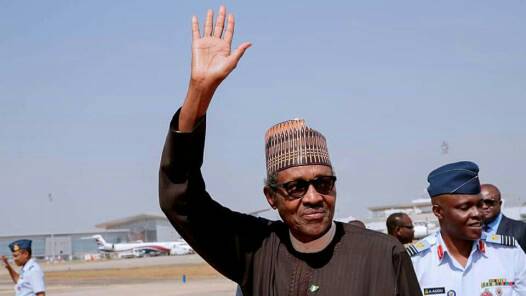