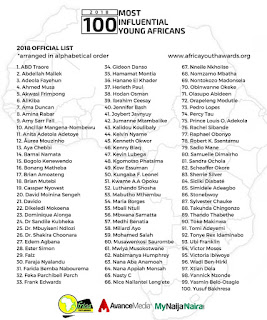 Abideen Olasupo, the Executive Director, Brain Builders International, has ranked as one of the top 100 most influential individuals in Africa.

Just months ago, the Brain Builders boss was nominated amongst a pool of professionals who were making impact and spearheading change in the society. Considering the calibre of people that got the nomination, his phenomenal influence base was the only rudiment that defyed all odds and rose him to the ranks of the 8th most influential individual in Nigeria – a country with over 180 million people where 160 million (70 percent) of this population are youths.

This recognition follows the myriads of recognitions from both national and international organizations after keenly contested applications where he stood out to become a One Champion and a Watching the Vote State Focal point (a flagship programme by YIAGA).

His exploits making tasty and sumptuous soups for residents of Kwara state via Soup for Me, and the KwaraPedia Initiative (Profiling Gubernatorial aspirant manifestoes) – The First of its Kind have also contributed immensely to this recognition.

He also founded Fast Ride, a start-ups basically domesticating the model of UBER in kwara state and tranforming the transportation sector. We need not also forget that he was also recently named one of the mentors under VC4A (Venture Capital For Africa) – A world platform of over 3000 Investors,  Venture  Capitalist and Innovative Start up and also becoming a global leader with Restless Development (a UK based organization) amidst honouring several public speaking event nationally and internationally. 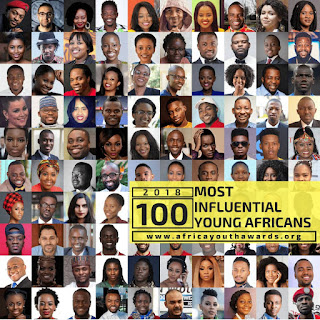 Obviously, this recognition wouldn’t have surfaced if not for the dogged volunteers who selflessly ensured projects and programmes were executed amidst negative odds and those who believed so much in his potentials and were ready to ride with him, his parent for their encouragement and prayers, and God for his renewed blessings.

From an objective perspective, this recognition, is just a tip of the iceberg in his edgy adventure. We can only wait for more exploits as they unveil.