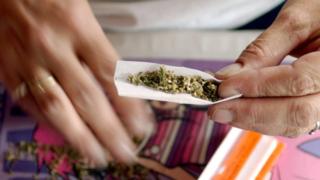 California has become the largest state in the US to legalise recreational cannabis use. As of 1 January 2018, adults aged over 21 can possess up to an ounce (28 grams) of the drug and can grow up to six marijuana plants at home. Opponents say the law will lead to more driving under the influence of the drug and introduce young people to drug use. But business is eyeing what could be an industry worth tens of billions of dollars in the next few years.

Californians voted in favour of Proposition 64 legalising cannabis 14 months ago, in a poll that took place alongside the US presidential vote. Since then, a complicated patchwork of taxes and regulations has been drawn up to govern sales of the drug. Critics say the red tape will discourage consumers, growers and retailers from leaving the state’s vast black market and only a few dozen shops have so far been approved to open.

The cities of Los Angeles and San Francisco have yet to sanction any recreational marijuana outlets. “The first year, two years are going to be a mess,” as cities agree their own regulations and supply and demand is established, Troy Dayton told AFP news agency.