The Bloodhound 1,000mph supersonic racing car will be driven for the first time in Cornwall today – 20 years after the current world land speed record of 763mph was set.
Wing Commander Andy Green , who steered the Thrust SSC to victory on 15 October 1997, will be behind the wheel of the Bloodhound car, described as “a combination of fast jet, F1 car and spaceship”.
The runway trials, which will take place at Newquay airport at around 13.15 BST, mark the culmination of a month of testing to prove the car’s steering, brakes, suspension, data systems and other functions.
It has also seen the integration of a Rolls-Royce EJ200 jet engine – normally found in a Eurofighter Typhoon – which produces a peak thrust of 54,000 brake horse power, or the combined output of 360 family cars. 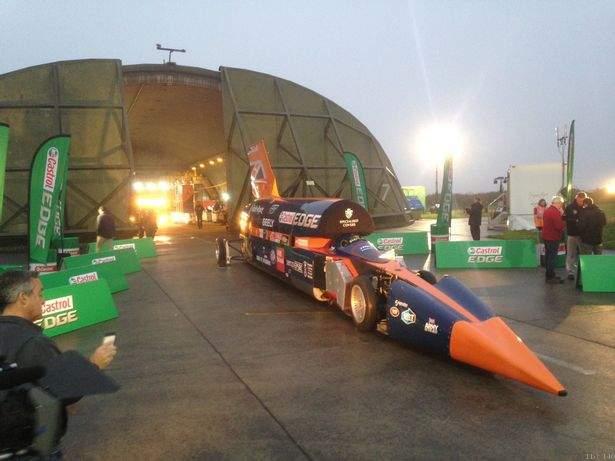