Catalonia’s former leader has been released by a Belgian judge after turning himself in to police in Brussels, according to his lawyer.
Ex-President Carles Puigdemont was granted conditional release by the judge, Puigdemont’s lawyer, Paul Bekaert, confirmed.
Puigdemont, along with the four former Catalan parliamentarians who had also surrendered, are due in court in the Belgian capital within 15 days.
Puigdemont and the other Catalan officials sought by Spanish authorities turned themselves in to Belgian police on Sunday, officials said.
A Spanish judge issued an international arrest warrant for Puigdemont on Friday, a day after eight members of the dissolved Catalan government were jailed in Spain.
Puigdemont, who considers himself the rightful leader of Catalonia, has said he went to Belgium not to flee the Spanish court system, but rather to seek European support for his region’s independence bid.
Puigdemont tweeted Saturday that he and his associates are “prepared to fully cooperate with Belgian justice following the European arrest warrant issued by Spain.” 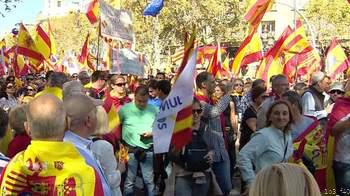