Sacked Catalan President Carles Puigdemont has gone to Belgium, a lawyer he has hired there says.
The lawyer, Paul Bekaert, did not comment on reports that Mr Puigdemont could be preparing an asylum claim.
Spanish prosecutor have called for rebellion charges to be brought against him and other organisers of Catalonia’s banned independence referendum.
Theo Francken, Belgium’s immigration minister, said over the weekend that an asylum application was “not unrealistic” but Prime Minister Charles Michel later said it was “absolutely not on the agenda”.
Spanish media reported that Mr Puigdemont had met Flemish politicians in Brussels. The TV station La Sexta reported (in Spanish) that he was there with five of his sacked government’s ministers:
UCJ, UNILORIN. 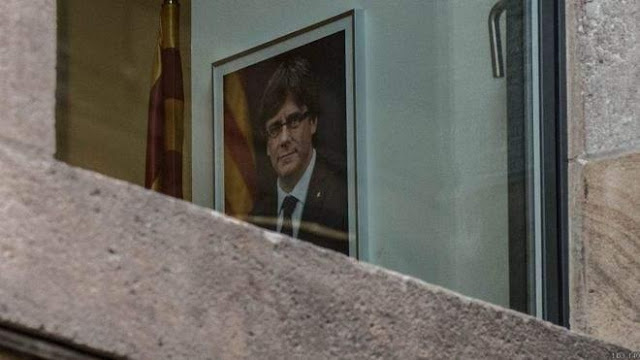