Spain is considering constitutional changes that could allow its regions to hold referendums on independence in the future, the foreign minister says.
Alfonso Dastis has told the BBC a nationwide vote on the issue could be held. The move is in recognition of the events in Catalonia, where the regional government was deposed after a unilateral declaration of independence. Protests have been held against the detention of the region’s ex-leaders.
Meanwhile, Spain’s constitutional court has said the declaration of independence was “unconstitutional and void”.
“We have created a committee in parliament to explore the possibility of amending the constitution to be able to accommodate better the aspirations of some of the Catalan people,” Mr Dastis told the BBC.
“We acknowledge there is a political situation that deserves to be looked at but, in any case, it’s clear that the decision will be taken, will have to be taken by all Spaniards.”
He also said he was sorry if people got hurt during the banned referendum last month, but that there was no disproportionate use of force. 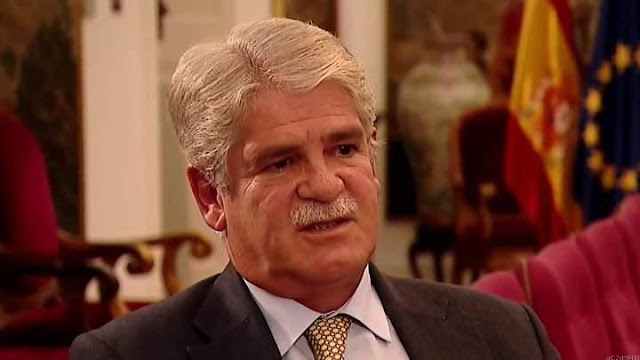