A Spanish judge has issued European Arrest Warrants (EAW) for sacked Catalan leader Carles Puigdemont and four of his allies who went to Belgium.
The five failed to attend a high court hearing in Madrid on Thursday when nine other ex-members of the regional government were taken into custody.
The regional parliament in Catalonia voted to proclaim an independent republic a week ago, following an illegal referendum on independence organised by the Catalan government on 1 October No other country recognised the move and the Spanish central government moved swiftly to impose control, using emergency powers under the constitution.
“My colleagues and I are fine, we are calm,” he said upon leaving jail in Madrid, but called the detentions “disproportionate”, Spain’s El País newspaper reports.
Five senior members of the Catalan parliament, as well as Speaker Carme Forcadell, are facing the same charges but, because of their parliamentary immunity, their cases are being handled by the Supreme Court. 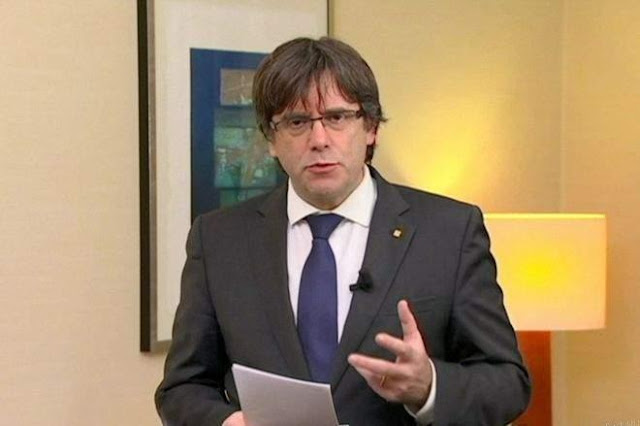