Spanish Prime Minister Mariano Rajoy is dissolving the Catalan parliament and calling snap local elections after MPs there voted to declare independence.
Rajoy said the unprecedented imposition of direct rule on Catalonia was essential to “recover normality”.
The crisis began when Catalan leaders held an independence referendum, defying a ruling by the Constitutional Court which had declared it illegal.
On Friday the Spanish Senate granted Rajoy’s government the power to impose direct rule on Catalonia, and after an emergency cabinet meeting Rajoy spelled out what that would entail.
He said, “The president [Carles Puigdemont] had the opportunity to return to legality and to call elections.”
He added that, “It is what the majority of the Catalonian people asked for – but he didn’t want to do it. So the government of Spain is taking the necessary measures to return to legality.”
Regional elections are scheduled for 21 December. Rajoy also announced the sacking of the Catalan police chief. 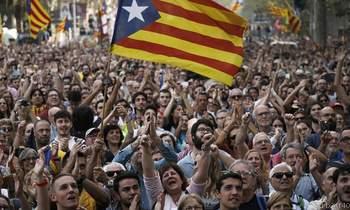