Conservative Sebastián Piñera has won the first round of Chile’s presidential poll but failed to avoid a run-off.
With more than 90% the votes counted, the 67-year-old billionaire has 37%, electoral officials say. Mr Piñera, who was president from 2010-14, will now face Socialist contender Alejandro Guillier (23%) in the second round on 17 December.
Incumbent leader Michelle Bachelet is unable to seek re-election under Chile’s constitution. In all, eight candidates were standing in the presidential race. On Sunday, voters were also electing all 155 members of the lower house and half of the Senate. 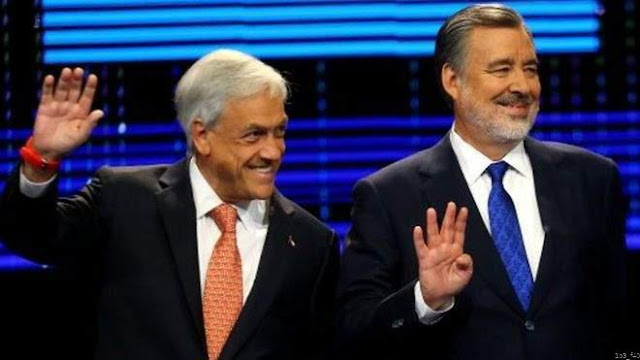