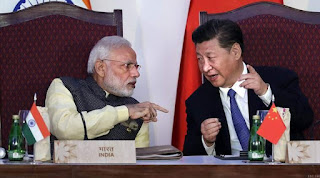 China on Wednesday did not mince its words when it said it had “never acknowledged” the existence of Arunachal Pradesh even as it kept mum over a media report that its troops intruded into the Indian side of the border in the frontier state.

Geng Shuang, Chinese Foreign Ministry spokesperson, had made the statement after a media report stated that Chinese troops intruded into the Indian territory in Arunachal Pradesh for about 200 meters close to a village in upper Siang district.

In a statement to media persons, Geng was quoted as saying by PTI: “First of all on the border issue our position is clear and consistent. We never acknowledged the existence of so-called Arunachal Pradesh.

For the specific situation you mentioned, I am not aware of it.” China claims Arunachal Pradesh is part of South Tibet. The India-China border dispute covered 3,488 km along the Line of Actual Control (LAC).

According to the report, the Chinese troops who reportedly crossed over with the construction machinery last month were stopped by Indian soldiers.

The Chinese troops reportedly left the construction equipment behind. “I want to mention that between China and India there is a well-developed mechanism for border-related affairs. Through this mechanism, China and India could manage the border affairs. Maintaining peace and stability at the border suits both China and India,” Geng was quoted as saying by PTI.