China’s biggest political event, the Communist Party congress, has begun in Beijing under tight security.
Chinese President Xi Jinping addressed more than 2,000 delegates in the capital for about three hours.
The closed-door summit, which takes place once every five years, determines who rules China and the country’s direction for the next term. Mr Xi, who became the leader in 2012, has been consolidating power and is expected to remain as party chief.
The congress, which also decides on a roadmap for China for the next five years, is expected to finish next week.
Shortly after the congress ends, the party is expected to unveil the new members of China’s top decision-making body, the Politburo Standing Committee, who will steer the country.
UCJ, UNILORIN. 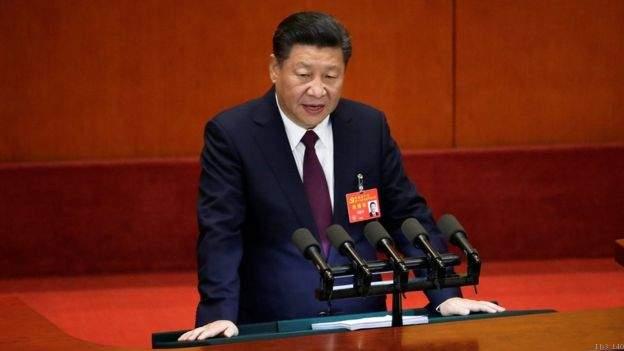 What do you think?
Love0
Sad0
Happy0
Sleepy0
Angry0
Dead0
Wink0
Previous Article Londoner Who Wrote Debut Novel? on Her Phone? Shortlisted for Man Booker Prize
Next Article Buhari To Governors, I Wonder How Workers Feed Their Families
59 Comments 59 Comments