Mark Clattenburg says he knew he wanted to quit refereeing in the Premier League after a tirade by Jose Mourinho.
Clattenburg confirmed in February that he was leaving his role as a Premier League referee to become head of refereeing for the Saudi Arabian Football Federation.
The 42-year-old made his Premier League debut in 2004, and says a January 2017 match between Manchester United and Stoke City was the game that convinced him to depart.
The game, in which Wayne Rooney broke Sir Bobby Charlton’s all-time scoring record for Manchester United, ended in a 1-1 draw, and Mourinho felt his team deserved more.
“I was refereeing the game when Wayne Rooney broke Bobby Charlton’s record and Mourinho came into my dressing room and he was unhappy about a handball penalty that I didn’t give,” Clattenburg told the Men in Blazers podcast.
“To come off that match it felt immense that I’d actually had a good performance, and for him to come into my dressing room and criticise my performance for a handball that I’d seen, that had clearly come off his chest, I knew that I was right but he’d put a seed of doubt into my mind.
“I drove home 250 miles thinking I’d made a big error, my wife knew my attitude had changed, and I thought to myself, ‘Do I really want to be a part of this anymore? Do I really want to referee?” 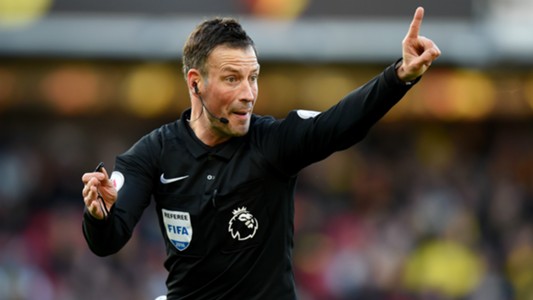