Chelsea are trying new tactical plans in search of “balance and solidity”, manager Antonio Conte said.
The Italian watched on as Eden Hazard and Alvaro Morata picked apart a poor West Brom side in a 4-0 win at the Hawthorns on Saturday.
Hazard scored a brace against West Brom and also forced the rebound that led to Morata’s eighth goal of the season, while Marcos Alonso added to the scoresheet from a set piece.
“I think to see Eden in this fitness is very important for me. Eden and Morata showed a great link, but also with the ball we have another player with great creativity in Cesc,” Conte said at the Hawthorns.
Conte said, “This season I think we’re changing something to find a new balance, a new solidity, to have a good balance when we are attacking and when we are defending. I hope to continue to improve. This is the second game we finished with a clean sheet and we have to continue in this way.”
He added that, “In this season we faced a lot of problems from the start. Now we’re trying to solve these problems, to recover the players, to find the right form for players like Hazard and also Morata — this is the first season that he’s playing with regularity.” 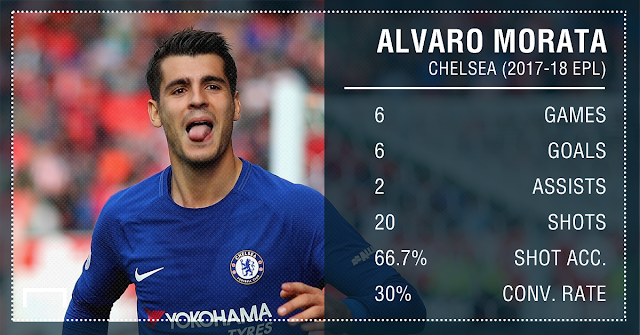