By;  Afolabi Abdulmalik O
History has it that, crude oil was discovered in Nigeria in 1956 at Oloibiri in the Niger Delta after a half-century of exploration by Shell-BP the sole concessionaire at the time. This development graduated Nigeria to the rank of the sole producers of oil in 1958 when its first oil field came on stream producing 5,100 bpd.
Nigeria then united with the Organization of Petroleum Exporting Countries (OPEC) in 1971 and also established the Nigerian National Petroleum Company (NNPC) in 1977, a state-owned company, which is a major player in both the upstream and downstream sectors.
And from the early 70s, the petroleum industry had already become a dominant industry in the economy, overtaking the agricultural sector, which had been the country’s mainstay prior to the discovery of crude oil.
Impacts of crude oil in Nigeria
The oil boom of the 1970s significantly transformed Nigeria from an ordinary third world Black Country to a megacity with enviable infrastructural developments amidst her sister African countries.
Nigeria was the first and only producer of oil in West Africa, joining the rank of the world major producers with an output of 110 million tons in 1974. Because of its limited internal market, it exported the largest proportion of its output. And to facilitate exportation, pipelines were laid to connect the major oil wells with the ports of Bonny and Escravos.
Today the oil sector contributes about 86 percent of the federal government revenue, accounts for about 90 percent of the country’s foreign exchange earnings and constitute over 25 percent of the nation’s Gross Domestic Products.
With the overgrowing contribution to Gross Domestic Product, it is not an overstatement to say the Nigerian economy is highly dependent on oil or to conclude that crude oil is the mainstay of the Nigeria economy. Being the mainstay of the Nigeria economy has influenced its expenditure profit outlined by the president in the proposal of its budget which N841 billion is for recurrent expenditure while N540 billion would go for capital projects.
Negative effects of crude oil in Nigeria
Sadly, however, the discovery of oil submerged the agricultural sector, which provided the bulk of the country’s revenue in time past.
Also, villagers from whose ancestral land and territorial waters the black “gold oil” was mined turn almost completely neglected. The sight of sky scrappers, express roads, development of federal capital territory (FCT), fly over and other physical structures in the ‘cities’, all of which are products of gushing wells, had instilled resentment in the minds of the inhabitants of these small towns.
More than before, Nigeria has intense environmental degradation due to various discharges into the atmosphere. These pollutants contribute to degrading the land, water bodies, and the fresh air we ought to breathe.
One major environmental problem in Nigeria since the inception of oil exploration and exploitation has been oil spillage. Oil spills in the Niger Delta Region have caused a diverse depletion of environmental assets, values, and worth, and have also caused hardship and poverty among the host communities.
The NNPC in its annual report places the quantity of oil jettisoned into the Niger Delta environment yearly at two thousand, three hundred (2,300) cubic meters with an average of three hundred (300) individual spills annually.
In another report by the Green Peach Oil Briefing in 1993, it states that the total amount of oil in barrels spilled between 1960 and 1997 is upwards of one hundred million barrels! Oil Spillage has a major impact on the ecosystem into which it is released.
It destroys the mangrove forests which are especially susceptible to oil. This is mainly because it stores up oil in the soil and re-releases it annually with inundation. It is estimated that about five to ten percent (5-10%) of the mangrove in the Niger Delta Region has been opportunities for leaks.
In onshore areas, most pipelines and flow lines are laid above the ground and are more than twenty-four years old. Even one of the oil company in the region, Shell, admits that most of the facilities have fifteen years estimated lifespan.
Basically, the problem that gives vent to this study is about the negative effects of oil in Nigeria. The ascendancy of oil to the prime position in Nigeria and the neglect of all other non-oil sector gave Nigeria a mono-cultural economy or a one-legged economy. Despite being the 8th largest producer of crude oil, what we have in the country to show the world is an unprecedented level of unemployment.
Nigeria today is one of the poorest countries in the world as measured by the United Nations Development Programme (UNDP).
Another monster created by the unwanted mismanagement of this resource is crude oil theft. This came into force barely five years ago. Youths in Niger Delta region who are already used to free money devised a way of affecting a hole in the crude pipelines thereby siphoning crude oil and selling them at a giveaway price to international rogues.
In addition to the above, the problem of youth restiveness, agitations, and violence in the affected communities which has forced migration of inhabitants is also a problem that needs resolutions.
CONCLUSION
In general, there is nothing short of the truism that there have rapid changes in the spheres of economic and social life of Nigeria due to the emergence of oil in national lives. If the country can diversify out of oil completely, since it breeds corruption, the negative effect of it would be minimized and if the positive aspect is capitalized on, Nigeria can be in no distant time, become a developed country.
About the writer: Afolabi is a writer, a public analyst, a student-journalist, and a student of law at the University of Ilorin.
For questions and suggestions and enquiries, he can be reached via +2348148777171, Arabzico11@gmail.com, or Afoguarantor11@gmail.com.
UCJ, UNILORIN. 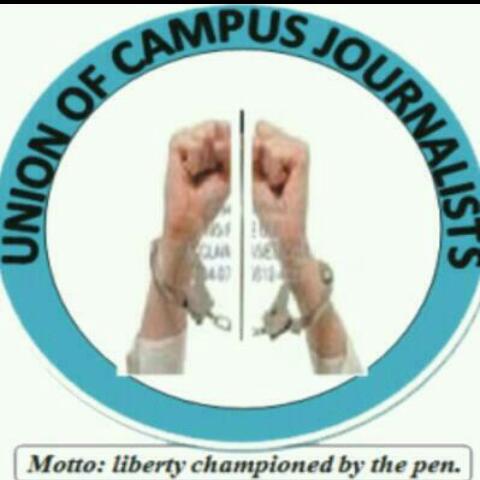