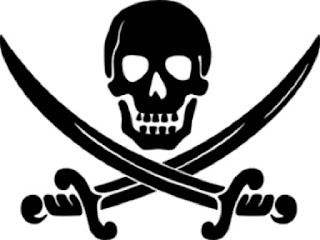 Every parent derives joy in the success of their ward. The existing order to achieve this globally, is by investing in the young. This investment comes in various forms; first, parents engage the mechanism of imbibing moral standard in their wards. Afterwards, they employ various agents of socialisation (School, etc) for their development. This is termed psychological asset.

Of all agents of socialisation, the most frequently sought after by parents, is the school. School, an institution of teaching and learning, is regarded as the prime source of knowledge. Little would one wonder why the society nurses much bias for education – it offers multidimensional means which one can learn, beyond teaching. It comprises individuals from diverse background, increasing the possibility to unlearn and relearn new behaviours.

In Nigerian, tertiary institution is regarded as the crème de la crème for preparing future leaders. The society depends on it for a better future. While government and parents see it as a way of investing in their citizens and wards respectively. However, there are factors making these efforts a futile endeavor.

Of all factors, cultism takes the prominence. Cultism is a cankerworm in tertiary institutions – with its demonic fusion, leaving symbols of destruction in our homes, streets and institutions – its activities has shown no signs of waning.

Cultism in Nigeria, is primordia to the establishment of tertiary institutions in Nigeria, with its earliest form rooted in Nationalism, in 1950’s. But, cultism in Nigeria has evolved from nationalism to vampirism, comprising various sects with mysterious act and demonic intentions.
According to a recent discovery, Nigeria is in it’s climax of cultists establishment, with over 50 groups. Recent success by security personnel, has uncovered various sects. The
“Badoo” cult group that caught the media eyes is a verifiable example of this ungodly act.

In providing a lasting solution, it’s imperative we examine the forces behind this sect. Who are their sponsors? Where are they? Why do they still exist? Answers to these questions could control existing damages.

Nigerian political leaders are breeders of thugs – should be held responsible and criminalised for the continuous survival of cultism. Those who arm youths in their quest for power.

The current allegations levelled against the infamous Sen. Dino Melaye is a relatable example breaking-police-arrest-criminal-suspects-allegedly-armed-dino-melaye. These invisible political Goliaths are sponsors of cultism in our tertiary institutions.

Youths used by politicians in political battles, are later left stranded with firearms after victory is achieved. These thugs then form ungodly Union of desperate intentions.

Another high profile investigation of a serial killer in Ilorin, has pointers towards highly rated politicians. At some point, if you were me, you might be forced to question the above questions (murder-suspects-implicate-saraki-kwara-governor-others).

Why is the authority granting scholarships to criminals rather than support good causes with the already misappropriated funds? “If corruption is not stealing,” it shouldn’t kill either. However, I am forced to agree with Mr. President, that, corruption is indeed a killer. The unavailability and misappropriation of resources in our security sector has also enhanced cultism.

Until we examine how our institutions are structured, the salvation from cultism would remain a far cry, as threats poised will consistently cripple youth productivity.

If the war against cultism must be won, all hands must be on desk to fight this hydra-headed monster. All stakeholders in our tertiary institutions must be speak with a unanimous voice, and selfless intention to slay this unapologetic demon.

Positive support from the youth is fundamental in the mission against cultism. It should be noted that in the past, youth like “Afrika,” of blessed memory, were fearless in the fight against cultism. Youth should be productively engaged.

Furthermore, individuals should be sensitised and spread the gospel on the dangers of cultism, by reporting suspicious secret associations to the right authority.

Cultism like every social vices can be defeated, with necessary cooperation of every member in the society. 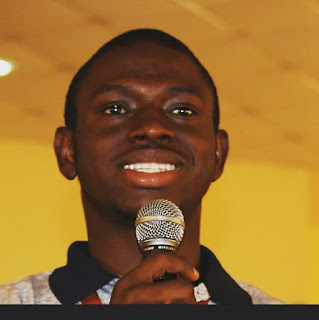 Tomori Uriel is a global citizen. He is a writer, mentor, digital marketer, an editor & editorial adviser, a journalist, a Public Relations and Advertising addict. He is a volunteer for youth NGO’s and humanitarian organizations. He is the curator of saviourOfNInspi.