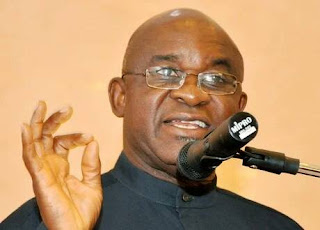 A former Nigerian Senate President, Senator David Mark has declared his intentions to run for the President of Nigeria under PDP in the 2019 general elections.

He made this known on Tuesday, September 4, 2018 at the national headquarters of the party in Abuja where he picked his presidential nomination form and disclosed some of his reasons for joining the race.

David Mark was the Senate President between 2007 and 2015 and a retired Brigadier General in the Nigerian Army which he felt was an edge for his position as president.

He promised to address issues like poverty, insecurity and bring about restructuring and unity if opportune.