When Vincent van Gogh was working on his series of olive trees paintings in 1889, he probably didn’t realize a wayward grasshopper had taken up residence deep in the paint on one of his canvasses.
A painting curator at the Nelson-Atkins Museum of Art in Kansas City recently discovered the small critter, which had been peacefully resting, undetected, for 128 years.
Mary Schafer, a paintings conservator who was working to catalog the piece, spotted the grasshopper while looking at “Olive Trees” under magnification.
Experts at Nelson-Atkins cited an 1855 letter in which van Gogh wrote, “I must have picked up a good hundred flies and more off the 4 canvases that you’ll be getting, not to mention dust and sand …” There is no clear explanation for how the grasshopper ended up on the canvas.
A paleo-entomologist told the team there were no signs of movement in the paint, which could suggest that the bug, which was missing its abdomen and thorax, was dead before it got stuck, according to the museum. 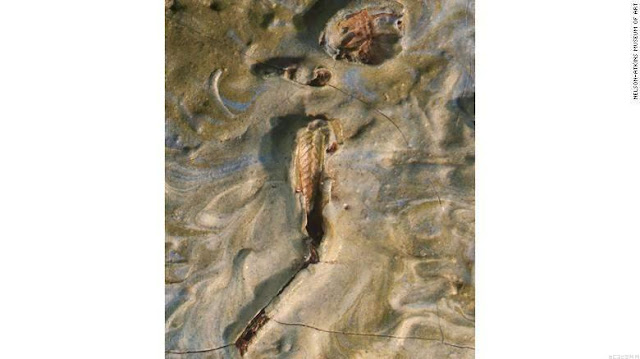