Air quality readings in India’s capital have soared, with one monitor showing levels in the city were 969 — the World Health Organization considers anything above 25 to be unsafe.
The microscopic particles, which are smaller than 2.5 micrometers in diameter, are considered particularly harmful because they are small enough to lodge deep into the lungs and pass into other organs, causing serious health risks.
On Wednesday, the Delhi government took the unusual step of closing all schools until Sunday, but has so far resisted calls from the Indian Medical Association to declare a public health emergency, and enact more sweeping measures, such as temporarily banning cars from the roads.
In the wider Delhi-National Capital Region (NCR) — a sprawling area that encompasses Delhi, as well as satellite districts in the neighboring states of Haryana, Uttar Pradesh and Rajasthan, and is home to some 46 million people — a lack of effective public transportation has meant that workers are forced to drive to and from jobs in the city, further exacerbating the problem.
In a bid to improve air quality, local governments have implemented various measures, including the shut down of power plants and brick kilns in the wider Delhi region, as well as the banning of private electricity generators during the winter months, said Anumita Roychowdhury, executive director at the Center for Science and Environment.
UCJ, UNILORIN. 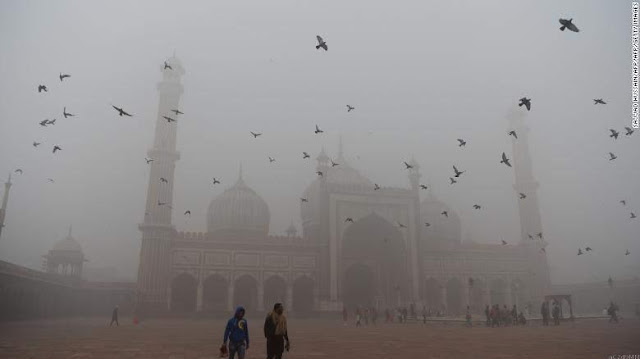