Gianluigi Donnarumma was subjected to a banner calling for his departure before AC Milan’s Coppa Italia game against Hellas Verona.
The 18-year-old goalkeeper has been the starter at the Italian giants for the last three seasons and has confirmed himself as one of the best young players in the world.
However, a contract dispute and rumours he demanded an exit over the summer soured his relationship with many of the Milan faithful.
Donnarumma eventually agreed to fresh terms but reports in Italy emerged on Tuesday saying he instructed agent Mino Raiola to try to get the extension cancelled, allowing the goalkeeper to potentially depart in January.
A report in Corriere della Sera says Raiola found a loophole in the contract which allows it to be cancelled for “moral violence”, and says that Donnarumma was subjected to unfair pressure to sign the deal.
The latest demands have proven to be the last straw for some Milan fans as, before the contest against Hellas Verona, they unfurled a banner which read: “Moral violence, 6 million per year and the signing of a parasite brother? Now get out, the patience is over!” 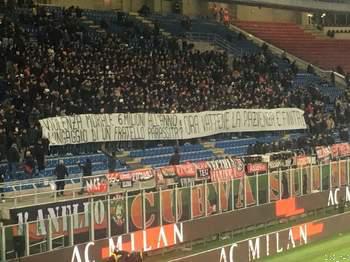