Dozens of octopuses have been spotted crawling out of the water and making their way up a beach in Wales.
Around 20 of the sea creatures were seen on dry land in New Quay, Ceredigon, on Friday night, and more had been seen the night before. Brett Stones, who runs SeaMor Dolphin Watching Boat Trips, caught one live curled octopus on camera and photographed several others which had died.
“They were coming out of the water and crawling up the beach. We don’t quite know what’s causing it,” Mr Stones told Wales Online. “Perhaps it’s because the sea has been quite rough recently but I’ve never seen anything like it before. They were walking on the tips of their legs. “A friend of mine said it happened the night before and there was about 20 last night.” He said he helped return them to the water.
Some experts said the phenomenon may have been caused by recent storms that battered the Irish Sea. “It could simply be injuries sustained by the rough weather itself or there could be a sensitivity to a change in atmospheric pressure.”
UCJ, UNILORIN. 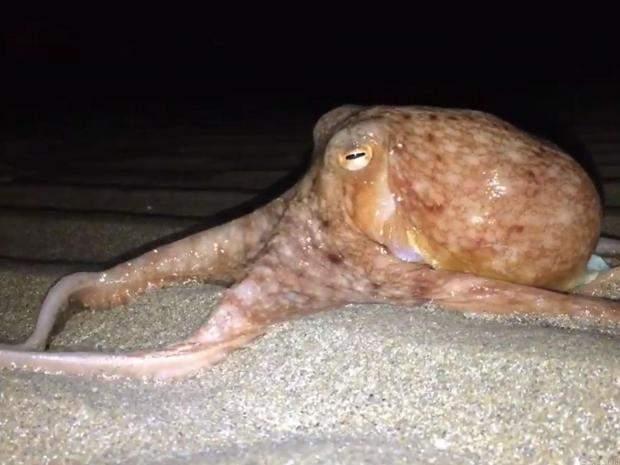