Ebonyi State Governor, Dave Umahi, wants President Muhammadu Buhari to seek re-election in 2019.
Mr Umahi, a member of the Peoples Democratic Party, told State House Correspondents after meeting with the President at the Presidential Villa on Thursday that it is normal for an elected official to seek re-election.
“Since Mr President is doing his first term and I am doing my first term, it’s my wish to re-contest. So, I will as well wish Mr President the same – to re-contest,” he said. 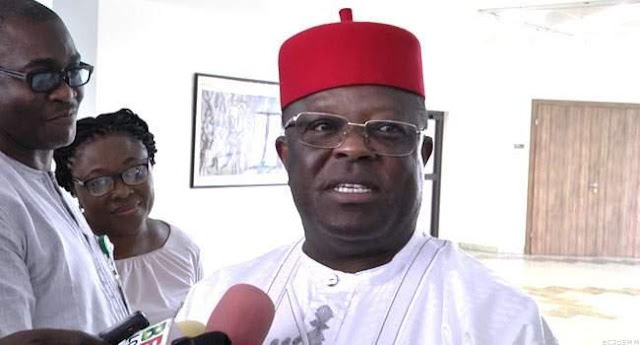