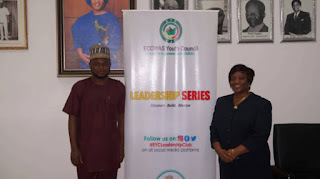 According to him, people around the world are striving to improve their quality of life with few people who know exactly how to do that which is right, and have no access to role models and influencers. “This platform helps to bring them closer to youth with an opportunity to interact such that can improve the society and the world at large.

According to him, the organization’s vision is to; To inspire and build a generation of world changers who would help in transforming the society, with a mission to be a force in the world of leadership and Nation’s building by creating superior value to the people, abiding by professional and ethical standards to facilitate a strong institution of world leaders.